It has been five years since my father's passing, yet there are times that I swear I can still hear his voice and feel the strength of his hugs - through my oldest brother, John. John is more like my dad than any single other person on the face of this earth. He has his same towering stature, warm gentle spirit, unwavering work ethic and love of good food and wine. Each and every time I hang up the phone with John, I find myself saying to Will, "I feel like I just talked to Dad." Every conversation, no matter how brief or infrequent, feels like such a gift.

Yet, for all their similarities, my dad and John did not live under the same roof for most of his upbringing. Nor did John and I grow up in the same home. With a ten year age difference and half a state between us, the memories that I do have of him and my brother Jamie are few and fuzzy, consisting of snippets of playing Legos in our first home or badminton on the front lawn in my preteen years. 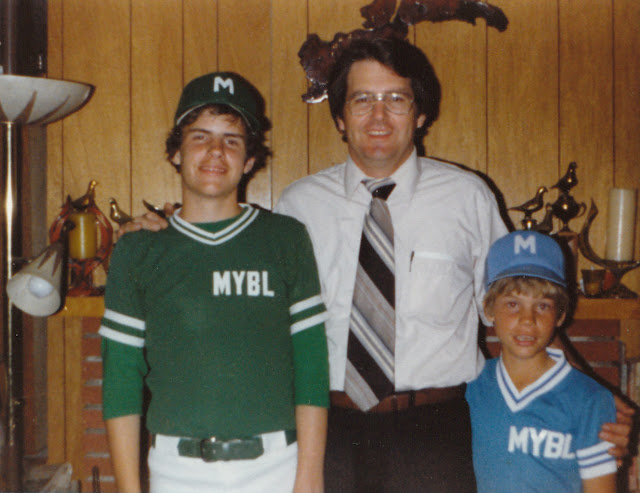 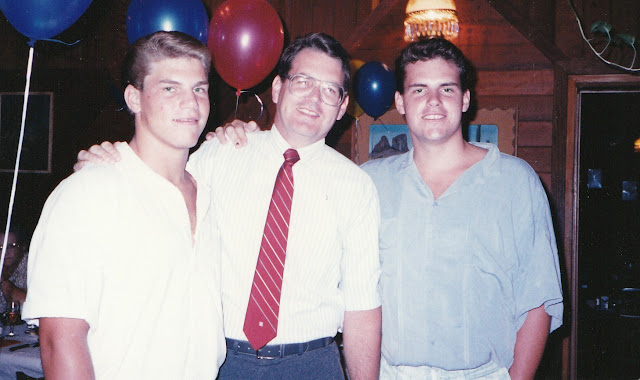 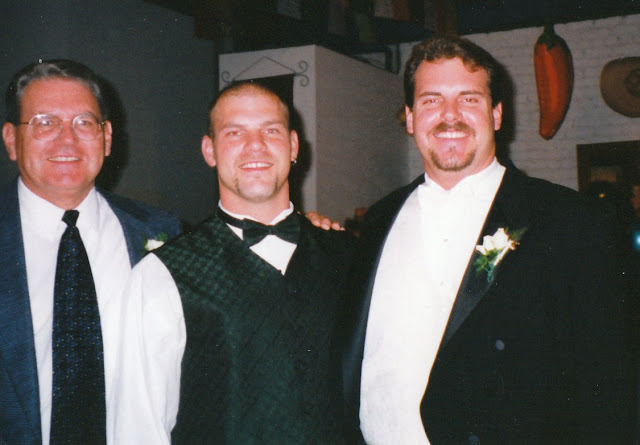 I know that John had every reason to be resentful of my sister and I - living on a daily basis with the only father he ever knew. And I don't doubt that it must have been difficult for my brothers to share their dad with two new little sisters. To tell the truth, I am sure that over the years, we were often a thorn in their side. But, I never once felt that from John. He has never shown me anything but the love and care of a big brother to his little sister. 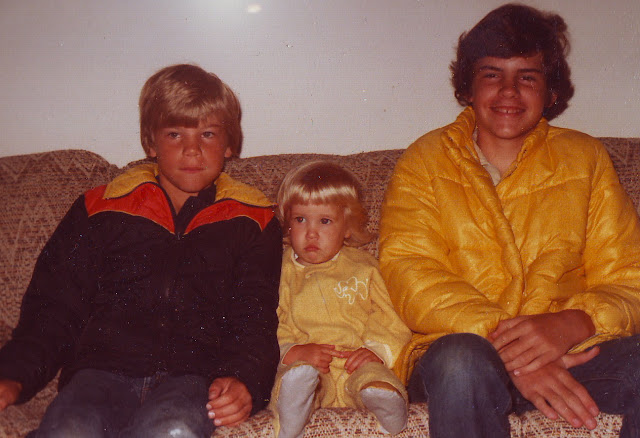 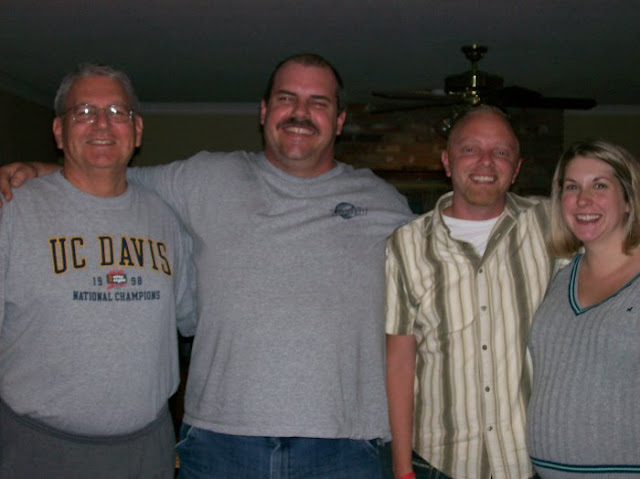 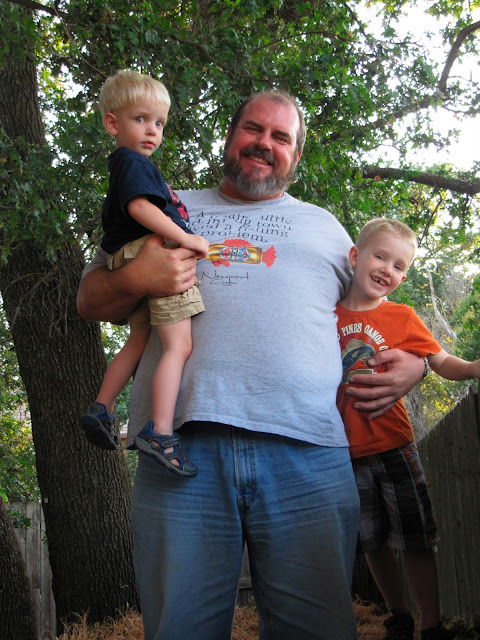 During John's visit to Northern California last summer, he arrived with a brown paper bag brimming with cherries picked from the trees on his own property up in Washington. He mentioned reading that I had taken up baking pies and thought I might be able to use some cherries. And those very cherries eventually found their way into Dad's Heavenly Cherry Pie.

So, for John, I thought it only appropriate to make another cherry pie - only this time with cherries that my little family had picked at a friend's house and stashed away for just such a time as this. These cherries were destined for Big Brother's Bing Cherry Sugar Pie.

I began with my tried and true pie crust recipe, cutting equal parts butter and shortening into a bowlful of chilled flour with just a pinch of salt. While I "fluffed" the dough with my fingertips, I drizzled in a steady stream of iced water. Once the dough held it's shape, I wrapped it and placed the resulting disk into the fridge to chill.

Several hours later, I rolled the chilled disk of dough into a thin sheet, transferred it to the pie tin, trimmed the excess dough with kitchen shears and carefully crimped the edges.

I then filled the unbaked pie shell with as many painstakingly pitted cherries as possible - attempting at first to arrange them neatly in concentric circles, but ultimately resigning myself to somewhat less orderly "mounds" of fruit.

I love the simplicity of this traditional "sugar pie" recipe. Just five simple ingredients - flour, granulated sugar, whole milk and vanilla extract (and of course, cherries) - transformed into something sweet and decadent.

I gently poured the sticky, sugary concoction over top of the cherries, ever so slightly jiggling the tin to assure that the filling worked it's way down between the tiny crevices formed by the layered fruit.

Finally, I placed the pie into the oven to bake until the center had puffed and turned a light golden.

Although, technically, John is my half-brother, I prefer to think of him as just my brother. As I was driving home from some errand or other late last year, I caught a portion of a segment on NPR, in which the person being interviewed asserted that there are no half people and that the very term "half-sibling" ultimately detracts from the idea of family. That notion has resonated with me ever since.

Sure, John and I share a father and a handful of genes. But, there ultimately is so much more to who we are than that. I am so thankful for my two older brothers - the men who will carry on my father's name and legacy - and the love they have graciously shown me throughout my lifetime. The love of a big brother.

“A cherry pie is . . . ephemeral. From the moment it emerges from the oven it begins a steep decline: from too hot to edible to cold to stale to mouldy, and finally to a post-pie state where only history can tell you that it was once considered food. The pie is a parable of human life.” - Nick Harkaway
Posted by Erin at 4:13 PM