When I contemplated sending my oldest son to kindergarten last fall, I had all the typical misgivings of a first-time mother sending her little one out into the world. Would he miss me? Would he learn as quickly as the other children? And maybe most importantly - would he make friends? But one thing that completely escaped my growing list of worries, was...would I?

At a time of life already filled with so much inherent change - new schedules, priorities, opportunities and interests - I never really stopped to think that my own friendships may also change. Much to my surprise, kindergarten (of all places) has opened up a whole new world socially for me. And in the center of all of that is Megan.

I met Megan in the first couple weeks of school, eagerly waiting outside the kindergarten playground for our oldest kiddos to be dismissed. She was warm and friendly, always put together (but not pretentiously so) and the perfect amount of edgy to keep you on your toes. She, too, was a stay-at-home Mommy with a younger son in tow, and as our conversations deepened, so too did our friendship. Soon, I found myself looking forward to morning drop off, if only to chat with Megan.

Despite my somewhat protective reluctance to admit it, it appeared that Megan was also making a conscious effort to include me in her life outside of school hours. She readily extended invitations to dinner at her home, shopping dates and girls' night out happy hours. Before long, Megan and I fell into a comfortable routine of before school park play dates, daily texts and weekly bagel lunches with the littlest guys. 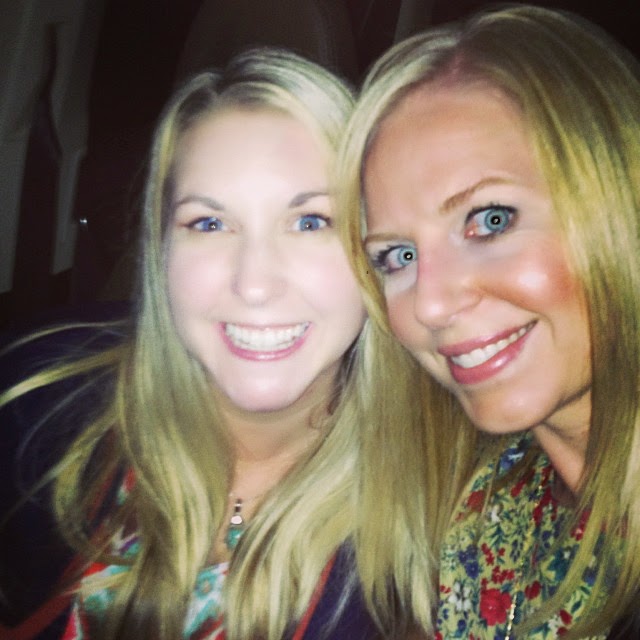 But this past year has not been without hiccups. Early in October, just as I was hitting my stride as a mother of a school-aged child, I fell and broke my foot. Among other things - like helping out in the classroom and chaperoning field trips - I worried that I might also lose the momentum of several new friendships. But Megan made every effort to keep me in the loop. She brought me yummy treats and the type of juicy gossip magazine I would never buy myself. She kept me company when I literally could not move from my couch, assured me that no one noticed my unshaven legs and even spearheaded dragging me out in public - embarrassing scooter and all - for my first "normal" outing to brunch and Target.

Megan deserves a pie for so many reasons - her generous spirit, a milestone birthday and not the least of which...that I love her to pieces. But - just like Megan - her pie had to walk the line between sweet and salty. After all, she is the perfect combination of warm hugs and maternal giving, with just a hint of potty mouth thrown in for pizzaz.

Because Megan is one of those rare breeds that doesn't have much of a sweet tooth, I knew I needed to up the savory quotient when baking her pie. As inspiration, I turned to a couple of our favorite happy hour treats - sweet potato fries and goat cheese sandwiches...with a salty twist, of course. And that's how Megan's Sweet and Salty Sweet Potato Pie was born.

I began by preparing a salty crust, using Kettle Chips as a base. In the food processor, I pulsed an entire "sharing size" bag of Sea Salt flavor chips - primarily because "sharing size" just seemed so appropriate for the heart of Bake Somebody Happy.

Once ground into a fine crumb, I added melted butter and a bit of flour to combine the mixture into a moist crumble. Using the bottom of a juice glass, I firmly pressed the potato chip crust into the bottom and up the sides of a pie tin before transferring it into a preheated oven to bake.

And that's when I remembered that my brother John had just happened to mention he had a tried and true recipe of his own. So, I promptly texted and asked him if he wouldn't mind me stealing and most likely outing his "top secret" sweet potato tricks here on the blog for all the world to see (or rather the handful of people that bother to follow such pie nonsense). And, of course - because he is an awesome big brother - he obliged.

So, while the salty crust cooled, I tended to the star of the show - the sweet potatoes. Placing several medium sweet potatoes in a large pot, I cooked them at a low boil until fork tender. Once cool enough to handle, I gently slipped the sweet potato flesh out of their jackets and mashed them.

To the mashed sweet potato, I added brown sugar (I mean, savory or not, what is a pie without at least a little bit of sugar?), softened butter, vanilla extract, cinnamon, ground ginger, coriander and freshly grated nutmeg.

Using my trusty handheld mixer, I whisked the puree until light and fluffy before adding in the egg yolks - straight from the coop. I topped off the sweet potato mixture with a touch of evaporated milk and just enough gelatin to stabilize the filling.

Then for the surprise element of this pie - my brother's "super top secret" trick to a perfectly light texture - the meringue. I beat the remaining egg whites at high speed, adding a tablespoon of granulated sugar at a time, until stiff peaks formed. Then I gently folded the meringue into the potato mixture and spooned the entire sweet and spiced filling into the pie shell.

Into the oven to bake until just set with only a slight jiggle in the center and - voila - my very first sweet potato pie!

Once the pie had cooled, I looked at it's golden nakedness and just knew it needed a savory twist in lieu of the traditional mini marshmallows. Using our happy hour fare as inspiration once again, I settled on a rosemary goat cheese spread, combining softened cream cheese, goat cheese, a splash of heavy cream, sea salt and a bit of finely chopped fresh rosemary. I opted to use a piping bag to apply the goat cheese in a haphazard field of rosettes.

As anyone who has known me for more than five minutes could probably tell you, I don't like change. And this past year, with all of it's twists and turns, has really stretched me to grow in some less than comfortable ways. But, I couldn't have asked for anyone better than Megan to be by my side.

Gradually, I am learning to embrace change - in my routine, in my children (ok - I still may be working on that one) and in friendship. And Megan's friendship, in particularly, has taught me that sometimes change brings something so much sweeter...and if you're really lucky - with just a touch of salt.