Sometimes I swear my firstborn came into the world a middle aged man. Even as a toddler, Wilson had a deep, commanding voice. So deep, in fact, that my cousin joked that he reminded him of the disclaimer voiceover at the end of prescription medication commercials. As a young elementary schooler, Wilson couldn't be bothered with sports, preferring creative art and culinary extracurriculars to the soccer and t-ball leagues of his classmates. And now, as a fifth grader reading at an eleventh grade level, he spends his afternoons devouring literary classics and planning the opening of his own fine dining restaurant, leaving little to no room for the beloved Fortnite of his peers. All this to say, Wilson has marched to the beat of his own drummer his entire life. Helping my old soul find his voice among those (often louder voices) of his peers, especially as we near the teenage years, has been my primary priority as his mother.

So, I wasn't necessarily surprised when Wilson decided to join choir last school year. Several of his close friends (mostly girls, I'll grant you) planned to join. And frankly, I was happy he was showing interest in an activity that might provide additional social opportunities. But, as his first spring recital approached, I was absolutely taken aback when he said he planned to audition for a solo! Singing before a judge, while attempting to stand out in a field of up to thirty other hopeful students is exactly the kind of thing I would have shied away from as a child - and honestly, even still. But, Wilson practiced and practiced and earned his first solo in Michael Jackson's "Man in the Mirror" (coincidentally, the first cassette tape I ever owned). He was so proud to sing for friends and family - second only to how proud I was of him. 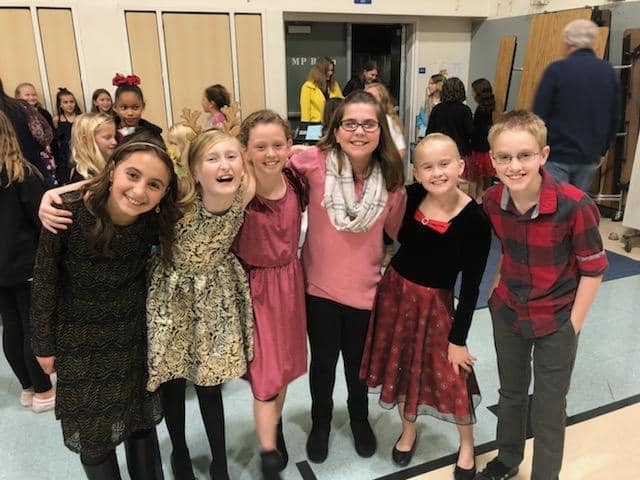 Well, he was hooked! And once a new school year began, Wilson again auditioned and received his second solo in the hymn "How Can I Keep from Singing." All the while, Will and I were beginning to acknowledge that Wilson might actually have a genuine gift when it came to singing. 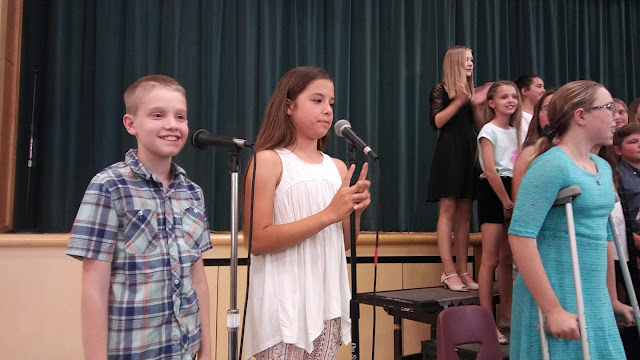 And then came the third opportunity to audition - for a solo at this year's spring recital in the opening lines of "This is Me" from The Greatest Showman. Having never heard the song (or seen the movie), I was moved almost to the point of tears as I listened to Wilson beautifully sing the heartbreaking opening,

"I am not a stranger to the dark.
Hide away, they say
'Cause we don't want your broken parts.
I've learned to be ashamed of all my scars.
Run away, they say
No one'll love you as you are."

To say I had goosebumps would be an understatement. For my child who has at times struggled to be fully accepted as he is, the anti-bullying anthem was absolute perfection. And so, he auditioned...with me knowing full well that there was a slim chance he would be given a third solo opportunity. Surely, Mrs. Mayforth, the school's choir director, needed to spread the wealth. Yet, as I watched him read his name on the list posted in the window of the school office the following afternoon, I knew he had indeed earned it.

Over the past two years, you have really helped me become more confident in myself and my voice. In the beginning of choir, I never thought I would become a good singer. Honestly, I only went to choir so I could see my friends more. But I now realize that if I could go back in time, I would go to choir to learn to improve my voice.

You have also given me an opportunity to believe in myself with the solos you have given me. Each time I sing a solo, I think I get better than the last time and I have you to thank for that. The first time I ever got a solo, I felt that I had just become a new person. You have given me confidence in myself and now I have a whole new you-can-do-it-Wilson attitude. Because of you, I do not only have this attitude in choir, but anywhere where I think I can’t do something at first.

This will not be the end of my singing - I promise. I will continue to sing and grow my voice as I get older. But I will never forget my first, and definitely best, choir teacher. I will be very sad to say goodbye to you. You have been an amazing choir director! This is why my mother and I have made this pie for you – Mrs. Mayforth’s Banana “Cream of the Crop” Pie. I hope you like it.

This time around, I got to play sous chef to my culinary star in the making. I supervised as Wilson made (and generously sampled the ingredients for) his Nilla wafer crust, pulsing the vanilla cookies to a crumb and adding melted butter to combine. He then pushed the crumble into and up the sides of a pie tin, using the bottom of a juice glass, and placed it in the oven to bake.

While the crust cooled, Wilson and I began on the pastry cream filling. Wilson first measured sugar and flour and whisked fresh egg yolks straight from the coop to combine into a paste. He then heated whole milk until nearly boiling, before handing the hot liquid off to me to temper the egg mixture. Finally, Wilson returned the custard to the heat to cook until thickened, before adding vanilla extract and butter.

Then, it was time to assemble the pie. Wilson cut and arranged banana slices in concentric circles before layering pastry cream, Nilla wafers, and the final pudding-banana-pudding sequence. The entire pie received a generous piping of homemade whipped cream rosettes, studded with a mini Nilla wafer "crimping." And there you have it - Mrs. Mayforth's Banana "Cream of the Crop" Pie.

My husband and I have always made it a point to fill our home with music. And although neither of us are particularly gifted singers, we regularly and enthusiastically "make a joyful noise." But, Wilson's voice is something special.

Weekly, for the past two years, Mrs. Mayforth has poured love and acceptance into Wilson and helped him to find confidence in who he is and what he stands for - literally and figuratively, his "voice." She has provided him the priceless opportunity to sing along in life as he continues to march to his own beat.

Teachers who take the time to go above and beyond and teach to the soul inside of each student - to show them that their voice is powerful and that they can indeed be loved exactly as they are - are a rare blessing. Mrs. Mayforth, you truly are the cream of the crop!

"I think she sounds like how banana cream pie sounds when it sings." - Heather Morris as Brittany Pierce in Glee
Posted by Erin at 6:15 PM