Since we have become parents, my husband I have had repeatedly said that the most important people in our lives are the ones who love our children. Miss Megan is that in a nutshell.

Walking into Wilson's first day of gymnastics class, I didn't know what to expect. We had done mommy and me music and movement classes through park and rec and a variety of story time activities together, but this would be the first time he was in a class without me by his side. Just Wilson, a handful of other barefoot three year olds, and his first teacher, Miss Megan. I was so nervous watching my baby walk through that gate to his first "big boy class."

But, over the weeks and months of attending gym class, Wilson and Miss Megan grew closer and closer. She incorporated trains into gym activities to interest Wilson, pretending that the balance beam was a train track. She encouraged him when he was fearful and praised him when he tried new things. She was patient with his forward rolls and understanding of his somewhat irrational fear of the "donut." Wilson grew drastically - in coordination, yes, but also in confidence and social ability.

As a mommy, I appreciated Miss Megan for the teacher and role model that she was for my child. But I also got to know her as a friend. I began to look forward to our chats after class and was often the last one to leave the gym.

When Miss Megan married Mr. Derek last fall, Wilson was so excited to be invited to his first wedding. Shortly after, Miss Megan announced she would be leaving her coaching position to spend more time with her new husband. We knew we would miss seeing her on a weekly basis, but because she had also begun doing private sitting for us, I knew we would keep in touch.

Little did we know that we would also gain Mr. Derek, who is the only adult we have met that enjoys playing trains as much as Wilson. He has truly been a wonderful addition to our collection of friends. I mean, who else would save an enormous couch box from their work and bring it over to paint and turn into a train with my boys? 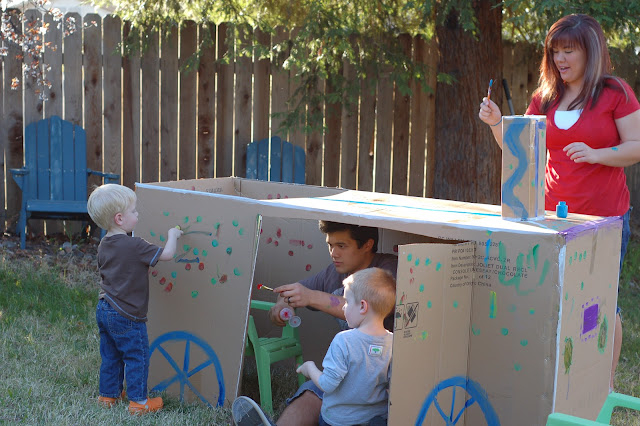 That is why we are so sad that Miss Megan and Mr. Derek will be leaving us and moving onto new ventures in Tennessee. We truly will miss our friends. As Wilson said just before their move, "Daddy, take a picture so I can remember them." 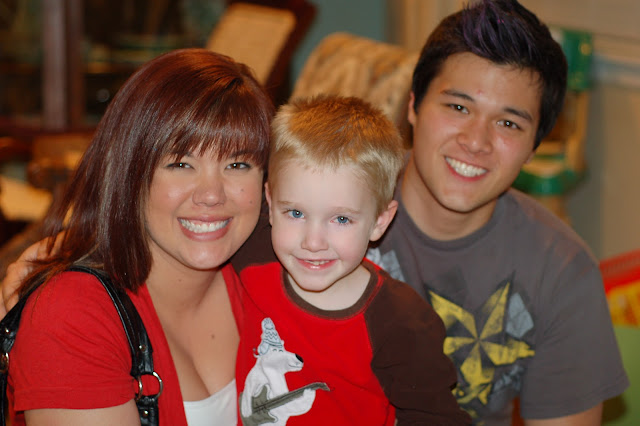 I decided on an apple pie for Miss Megan because she and her husband are just as wholesome as they come and because, come on, what else do you give a teacher?

I meticulously read and reread the instructions in preparation for my first official go at it. I froze my mixing bowl, my pastry cloth, and even my flour. I have to say, there is something hugely satisfying about smushing cold butter, Crisco, and flour between your fingers and watching it turn into something that resembles play dough. It brings out your inner child. 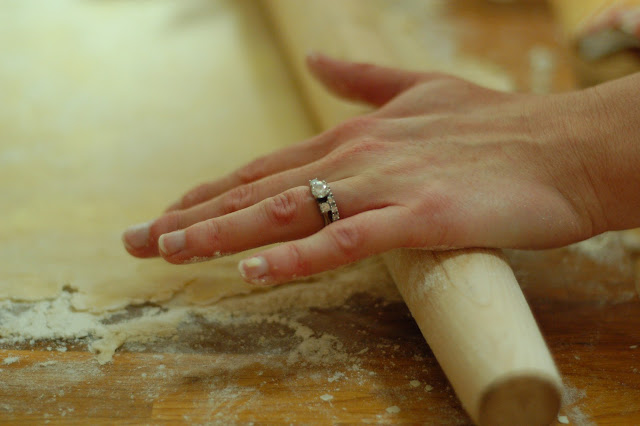 I had bought seven beautiful granny smith apples from Whole Foods earlier in the week and couldn't wait to cut into them. They called to me from the bowl on the counter, "Bake me." 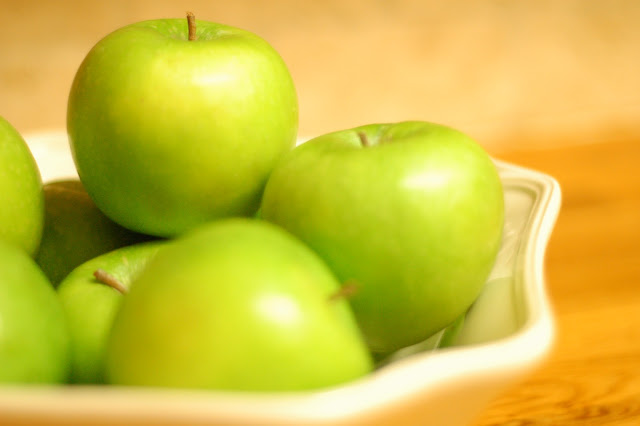 I cored and sliced each apple, carefully layering the fruit and dry ingredients and topping the whole shebang with a second crust. 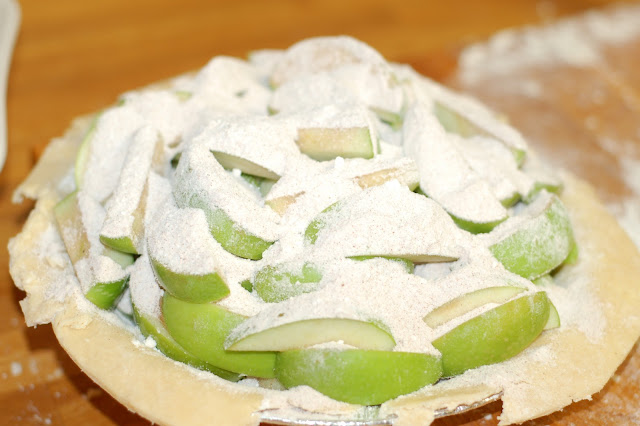 At this point, I had to remind myself that homemade pies are supposed to look homemade. I attempted to cutesy it up by cutting out apples with a cookie cutter and the leftover dough. I gave the whole thing an egg wash and sprinkled it with raw sugar. 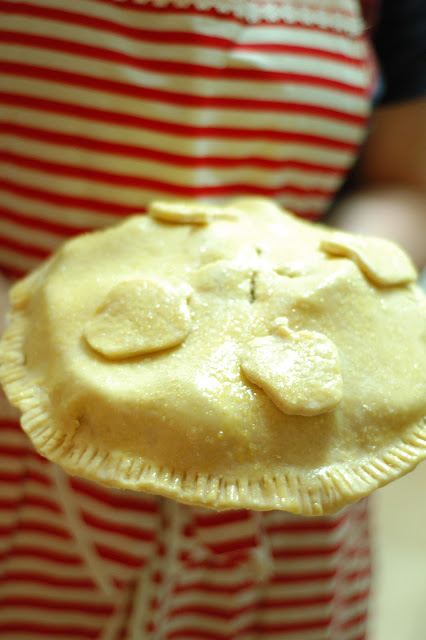 Then, I waited. Impatiently. Checking the oven every five minutes. Expecting to ruin the whole thing by either burning it or having it turn to mush. But, to my surprise, it baked beautifully! I had actually made a pie! From scratch! Now I just had to wait the two days until Miss Megan and Mr. Derek came over for their going away dinner. Ugh! Waiting... 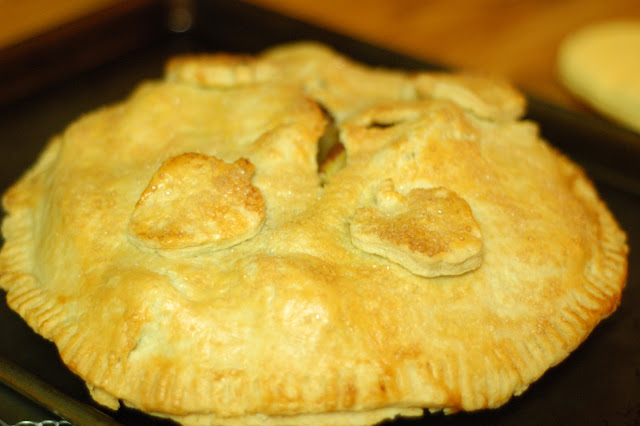 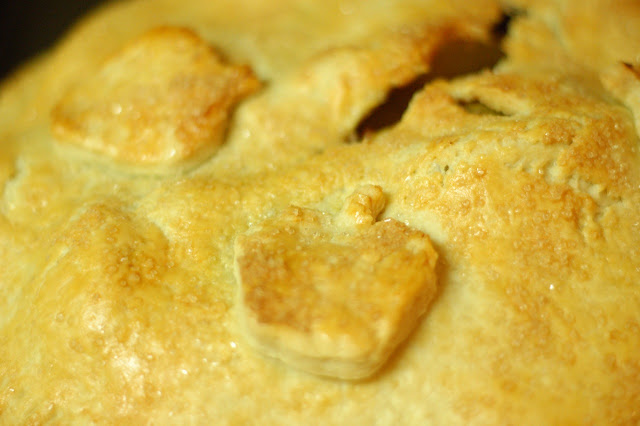 The best part of baking a pie is sharing it with the people you love. After dinner, the dessert conversation drifted to fond memories of Miss Megan's grandmother's pies and the pie Mr. Derek ate during his time away from home on his mission. It turns out pie really is connected to people and memories. Pie is love. And that ultimately is my goal in all of this - to say thank you to the people I most appreciate and so rarely get the chance to tell. So thank you Miss Megan and Mr. Derek for all you have done for all of us, but especially for Wilson. We love you both! I hope you enjoyed your pie. 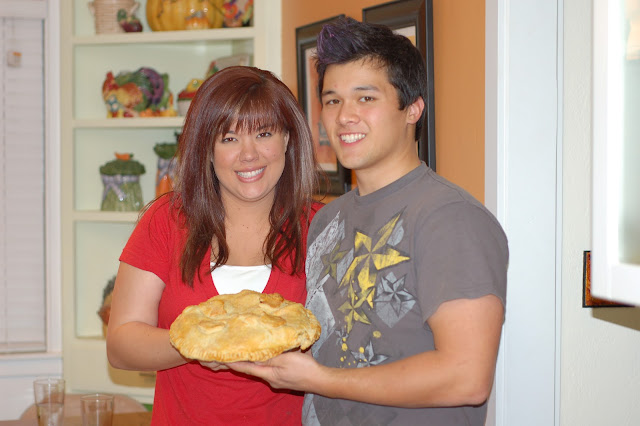 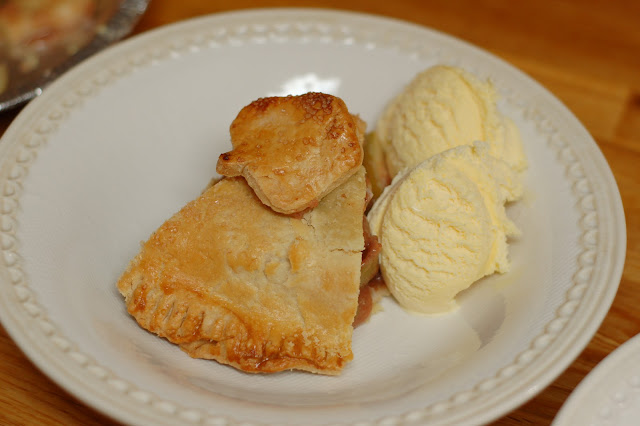 "Good apple pies are a considerable part of our domestic happiness." - Jane Austen
Posted by Erin at 4:05 PM