Mom's Not Your Mama's Pecan Pie

I had the perfect childhood. No really. At least, until my preteen years, when, let's be honest - there is no such thing. Just ask my husband. He teaches middle school.

I credit my mother for allowing me to grow in an environment in which I was sheltered from the harsh realities of the world. I was allowed to be a child for much longer than most of my peers, and I now see that this was instrumental in forming the adult I am today. My mom was at home with my sister and I full-time, and I know her example is why I chose to be a stay at home mom. I had the best kind of mom. The kind that watched all of the silly shows my little sister and I put on in the living room, let me choose my own clothes at a young age (even if I did insist on leg warmers everyday of kindergarten), stroked my hair in a way only she could when she sang me to sleep, and always said she loved me. She still does. 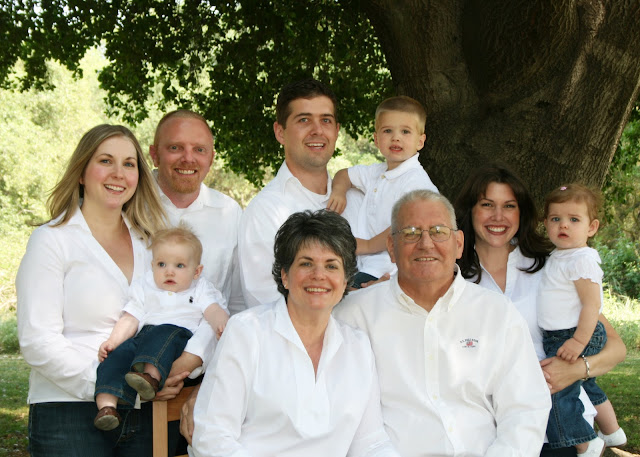 My relationship with my mother has hit a few bumps, especially since my father's passing nearly four years ago. I think it has taken a certain amount of patience and persistence on both of our parts. It took Mom awhile for her to figure out who she was without Dad, and even a little longer for me to accept this new version of my mother. I really just wanted her to stay exactly the same, although I now acknowledge that this is not even possible. It's probably always the case when you lose a family member - the rest of you have to figure out how to finish the puzzle without that missing piece. And everyone else has to shift a bit to fill in that hole.

Recently, our relationship has been more of a priority for me. My boys love their Nonna. And I love watching her with them. It takes me back to when I was little. I think you have to become a parent yourself before you truly appreciate how much your parents love you. When you hold your own child for the first time, you have this 'Aha' moment of sorts. You think, "This is how it must have been for my mom when I was born."

I told my mom about the pie project over the phone one afternoon. Her response to my new venture was so enthusiastic and supportive. She reminisced about her own mother's flakey homemade pie crust. She told me how much my dad loved the cherry pies my grandmother made when my parents were first married. She shared fond memories of the cinnamon and sugar pie crust cookies her mother used to make out of the leftover dough when she was a child. I thought I could hear a wavering in her voice, and I realized she was probably just missing her mom in the same way I so often missed Dad. In that moment, I felt bonded to her in a way I had not expected.

Mom immediately emailed me grandma's pie crust recipe. When I conducted a blind taste test of three different pie crust recipes, Mom was the first volunteer. And this is the fascinating part - she immediately chose her mother's recipe. After trying the first and second crusts, she took one bite of the third and said, "I think that's my mom's." After nearly 30 years, my mom could still pick her mother's crust out of a crowd. And she preferred it. 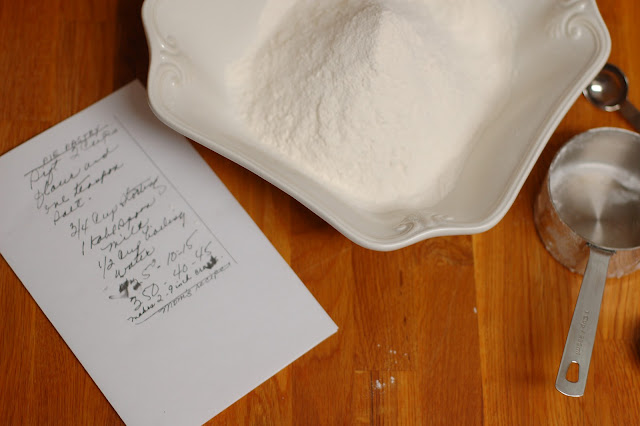 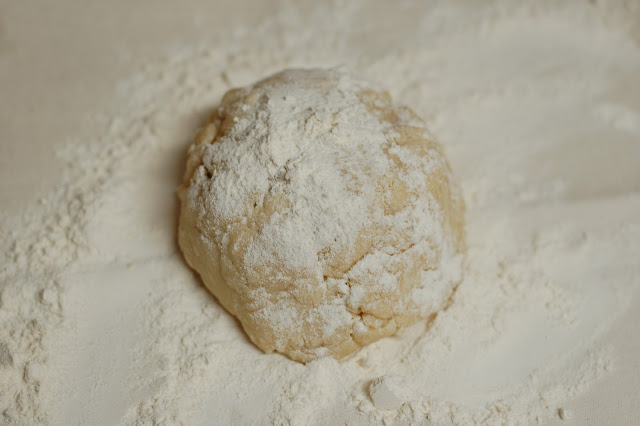 Mom collected a variety of crust and pie recipes for me - from family, friends and neighbors. Amongst them was a recipe for pecan pie. I instantly knew what pie I would make for my mother- her mother's pecan pie. But, I wanted to put a spin on it to make it my own. And what makes everything better? Chocolate. Possibly my mother's favorite food. I love that three generations of women had their hand in this pie - my grandmother, my mom and I. So, without further ado, Mom's Not Your Mama's Pecan Pie.

When it came to crusts, there really wasn't much of a decision to be made. It had to be Grandma's. What is so interesting about my grandmother's recipe is that it uses boiling water instead of iced. Nearly all of the other crust recipes I have come across stress the importance of cold ingredients. But, not Grandma's.

Although the pecan pie only called for a bottom crust, I made the full recipe. I knew exactly what to do with all of that leftover dough - make pie crust cookies for my mother. I didn't exactly have a recipe for this one, so I hope they live up to their inspiration. 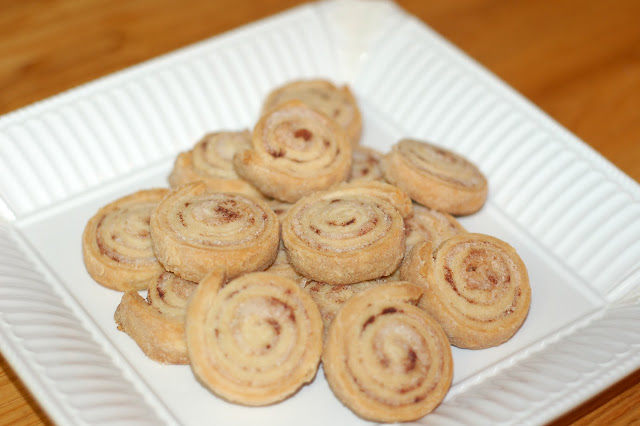 I rolled out the remaining dough for the crust and placed it into the pie plate. Then for what I have determined is the hardest part of pie baking - crimping the edges. I experimented with fluting this time instead of the fork tines. And I have to say, I was pleased. All in all, fancier, I think.

I toasted the pecans a bit ahead of time, selecting only the intact halves for this recipe. 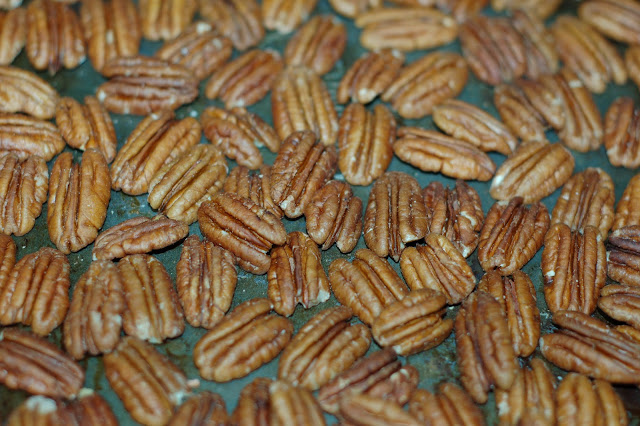 I mixed together the filling, adding bittersweet chocolate chips and vanilla extract to the recipe my mother had given me, and poured it into the crust. Then, I arranged the pecan halves. I was a bit meticulous about this. I have to admit, I loved the order of it. I could have stood at that kitchen counter all day and placed pecans in concentric circles. I think I have found my calling! 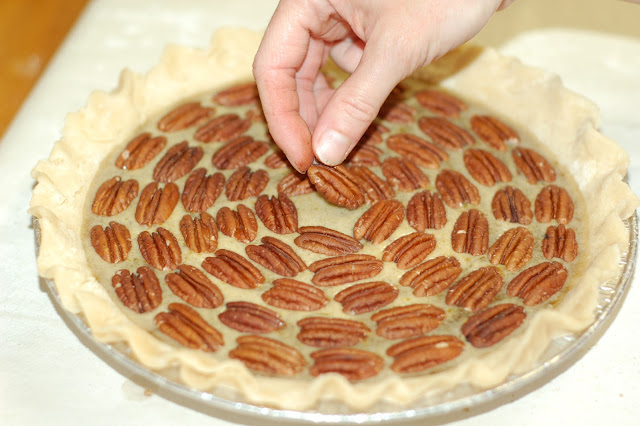 Then, into the oven for 45 mins until the center had puffed and the edges had turned a soft golden brown. Not too shabby, if I do say so myself. Now, let's just hope it tastes good... 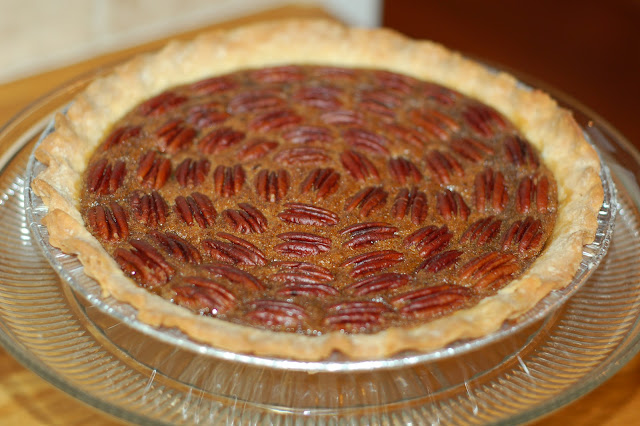 Well, Mom actually said my version tasted even better than her mother's pecan pie, so I count that as a huge success. Like I said, chocolate makes everything better. I have found that this rule applies to pie and sometimes even relationships. Thank you, Mom, for the way you have loved me from the day I was born to the adult I have become 33 years later. I love you. 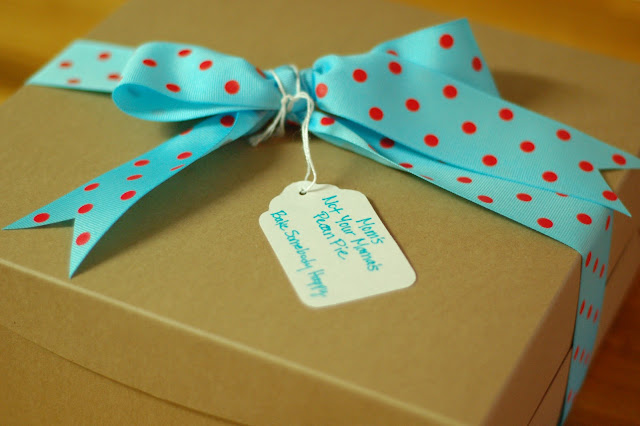 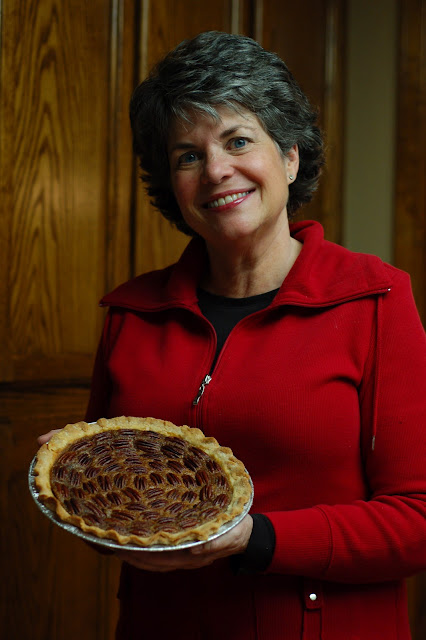 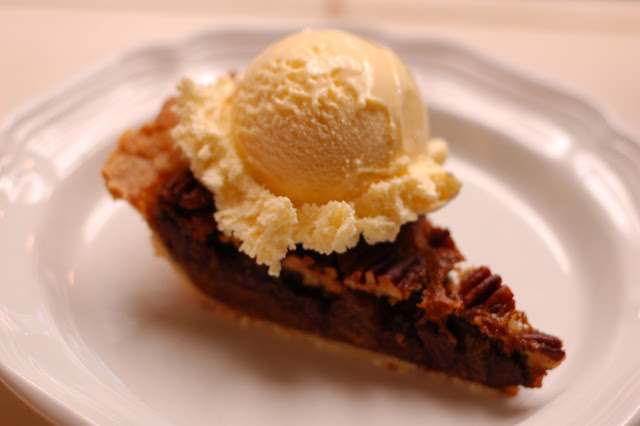 "A mother is a person who seeing there are only four pieces of pie for five people,
promptly announces she never did care for pie." - Tenneva Jordan
Posted by Erin at 2:35 PM